On the 13 June 2018, HFM held its first breakfast briefing on MIFID II’s Costs and Charges directive with our CEO, Peter Rippon, as one of the four panelists in the discussion.

The directive came into effect on 3 January 2018, requiring MIFID firms to report all costs and charges associated with their investment services and activities to end investors. While firms are not new to reporting costs and charges, MIFID II has introduced additional complexities which have caused confusion and uncertainty among the industry. For example, the new requirements include the reporting of ex-ante (or expected) costs which must be given to all prospective investors before they make an investment decision.

The event was attended by a range of buy-side firms, fund service providers, vendors and consultants who were interested in finding out more about the widespread impact of the regulation beyond the direct reporting requirements of MIFID-obligated entities. In fact, the majority of the attendees represented AIFM-registered funds, including two of the four panelists who recently took a commercial decision to provide Costs and Charges reporting to their investors, despite not being obliged to do so.

The panel, which comprised of Philip Muller, the CFO of Stone Milliner Asset Management, James Stevens the COO of Glen Point Capital, Caitlin McErlane, an associate at Sidley Austin and our own CEO from OpenGamma, agreed that Costs and Charges reporting is becoming a standard requirement across all governing bodies in the industry. Furthermore, they recognised that MIFID-captured investor demands for this new level of reporting from Managers will increasingly become an important commercial point for investor relations teams to address.

The discussion concluded that the main challenge within the directive is the reporting of transaction costs. Even for the regulatory body, the most topical issue has been the availability of ‘arrival prices’ (mid-market prices at the time of order transmission) which are needed for the calculation of implicit costs, the bid-offer spread component of transaction costs. For illiquid products especially, the lack of price observability makes it impossible to calculate bid-offer spreads without the use of an estimation framework. Although MIFID II reads through to PRIIPs, which is a helpful resource to understand viable modelling approaches, the regulatory body agrees that the guidelines are broad, and that they are relying on the industry to come up with a standard. The panelists agreed that converging to a standardised format will take time and that the current incomparability of assumptions and reporting across firms makes the output difficult to interpret by non-sophisticated investors.

The panelists discussed that when dealing with a broad array of asset classes, it is likely to be more efficient to use an outsourced solution for the calculation of transaction costs, especially as an independent 3rd party validator, rather than producing cost estimates in-house. In the panelists’ experience, execution desks expect banks to provide the required data to facilitate the process, but banks have refused to disclose their confidential and proprietary spreads to their clients. Additionally, there were mixed views on who should pick up the cost of regulatory reporting. For Costs and Charges the panelists agreed that the Manager has a commercial incentive to fork out the costs.

While the regulation is likely to evolve over the coming years, especially with Brexit on the horizon, the panelists agreed that it is clear that Costs and Charges reporting is here to stay. Even firms who are not directly impacted by the regulation should make a conscious decision to jump on the bandwagon sooner rather than later to give their investors time to get comfortable with the nature of the numbers being reported. 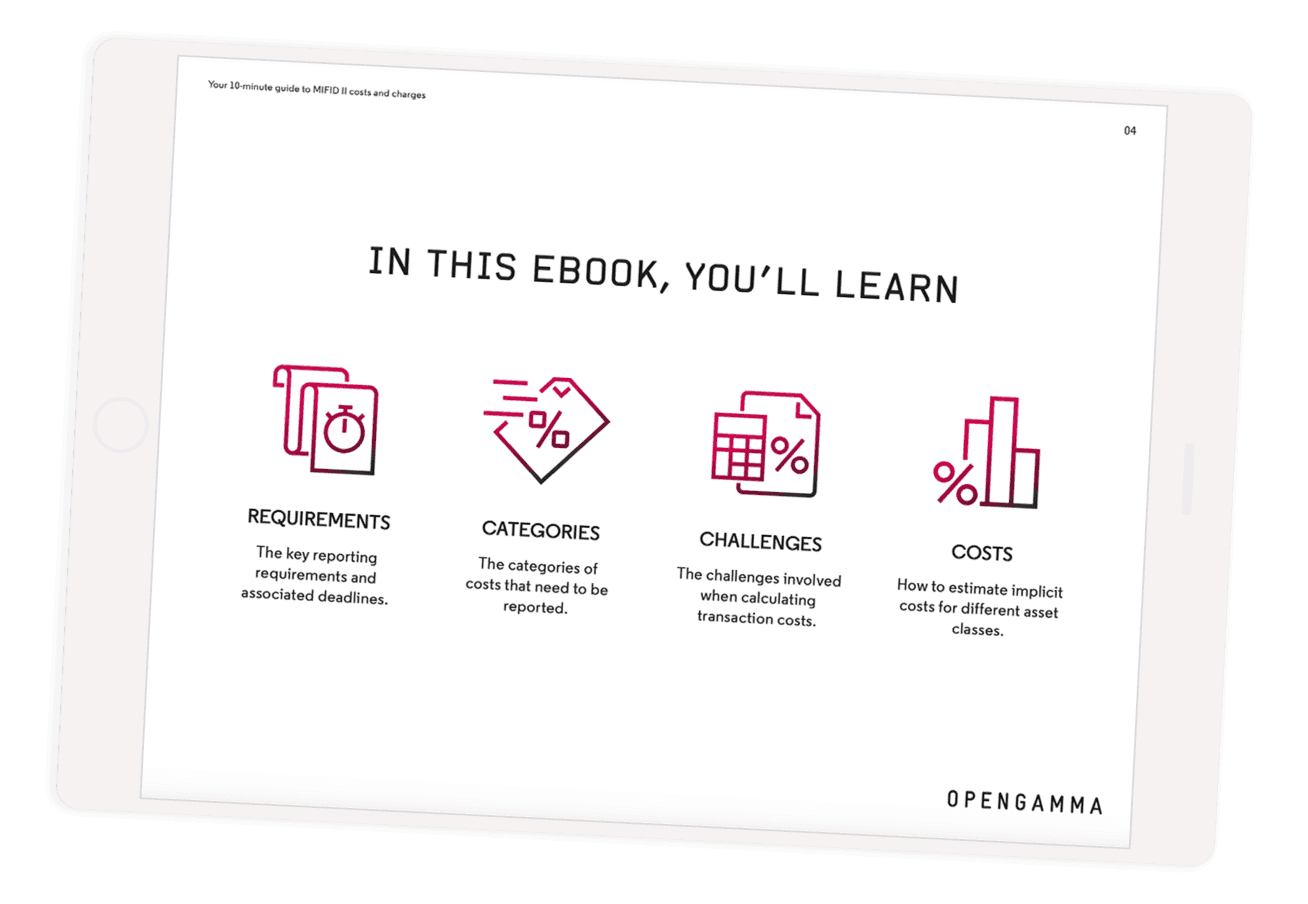