How estimating CCP margins could save you millions

I promise this blog isn’t solely about Brexit – I think everyone has seen enough of those – but Brexit does play a part.

Brexit has, for funds and managers across the UK, brought attention to the disparity in margin levels calculated by different CCPs. It has therefore unearthed the need to monitor – and regularly shift – where business is cleared.

Why are margins not the same if they are covering the same amount of risk?

For OTC, means margin needs to:

In addition, CCPs all base their algorithms on the same Filtered Historical VaR methodology.

With this in mind, it’s alarming how different margin charges can be.

There are a number of factors that can explain these differences:

So what does this mean in practice?

The following table shows, in percentages, example margins calculated on a series of par swaps at 3 different CCPs.

This is on a EUR 1 million notional swap, so would not include liquidity and concentration add-ons. 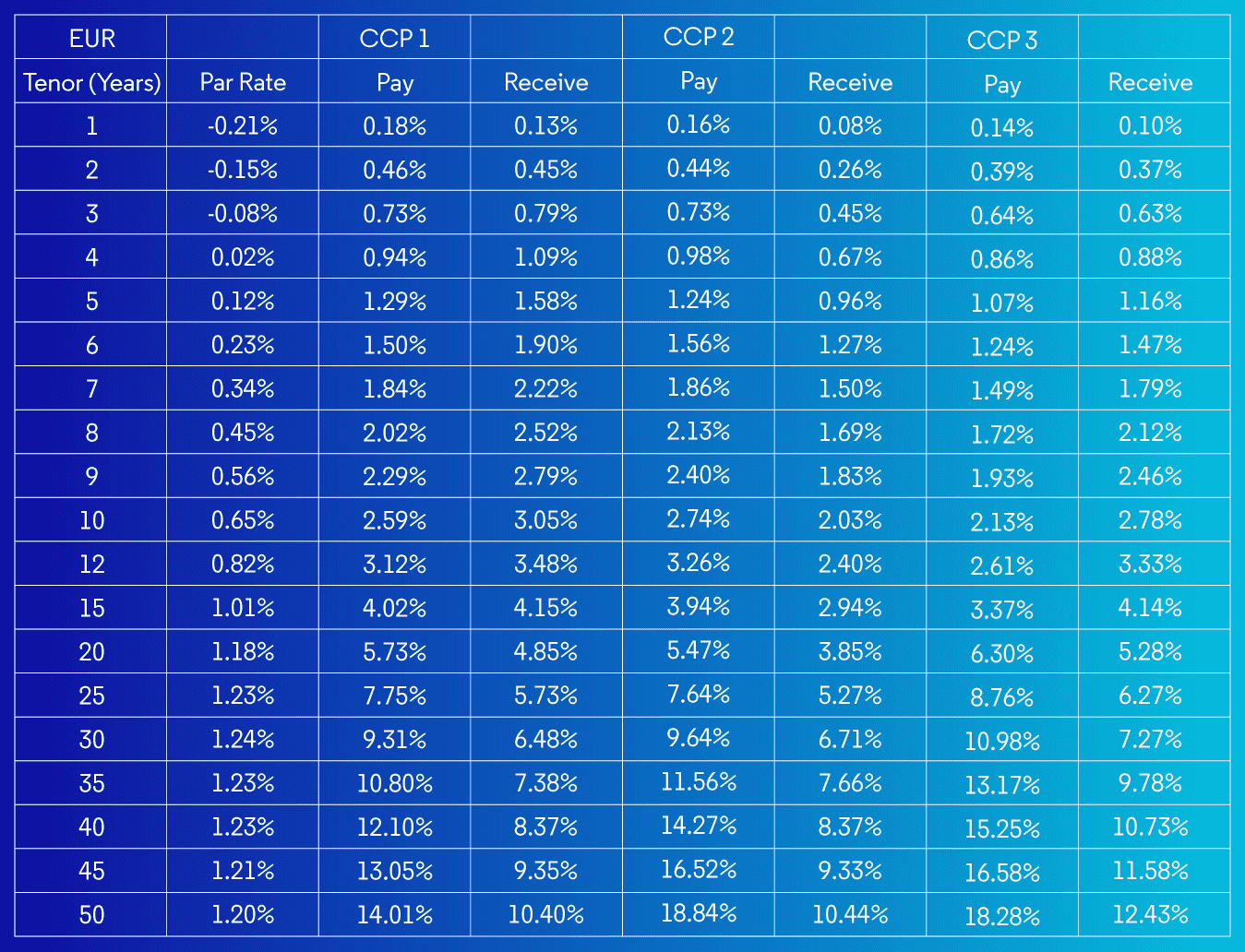 And looking specifically at the margins calculated, a EUR 100 million notional 20 year swap could mean a saving of over EUR 14 million through CCP 2 rather than CCP 3.

It’s also important to bear in mind that the above table is just a snapshot, and that the values will change over time. While margin charges may be highest at one particular CCP this month, next it could be an entirely different CCP taking that position. From the analysis that we have done, there is no consistent ranking, no same CCP staying higher or lower.

The only way to ensure you are choosing the best clearing venue then is to calculate what-if margins for each CCP. Comparing their margin costs with a view to trading through those with the lowest requirements frees up previously tied capital, maximising your returns.

It’s only then that you could save yourself millions in margin reductions.

OpenGamma’s software processes millions of calculations every day, built on years’ worth of trade data, allowing us to create realistic projections for funds and managers to make material savings.